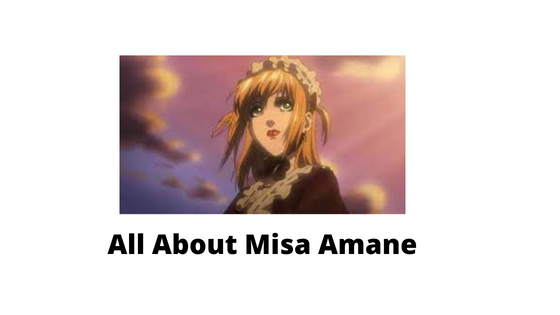 You are here: Home / characters / All about Misa Amane from Death Note

Death note is a very famous anime that revolves around Light Yagami, a teen genius, and his fight with detective L who are fighting against each other for a better future. The story may revolve around these two characters but there is one more character Misa Amane, In this article, we are going to cover everything about her that we know so far. Read this article completely to know about her.

Misa Amane is an up-and-coming model whose parents were murdered when she was a little girl. After Kira’s punishment of her parent’s killer, she became a supporter of Kira and eventually becomes the Second Kira. After gaining a Death Note, she seeks out Kira in order to thank him for killing the man who murdered her family and to offer him her help. After finding out that Light Yagami is Kira she fell in love with him and started helping him.

Misa Amane is shown to be quite popular due to her career. She attracts a large crowd around her wherever she is. Misa often appears hyperactive, impulsive, and otherwise childlike, evidenced by her tendency to speak in the third person. Misa possesses shinigami eyes, which allow her to see a person’s name and lifespan above their head, making it much easier to kill people with the Death Note.

How old is Misa Amane?

The exact age of Misa is not known but we can say that her age range is between 19 to 24.

Does Misa die in death note?

In the anime, it is not clear about Misa’s death but after reading the manga we get to know that she commits suicide by writing her own name.

What episode does Misa appear in Death note?

To Your Eternity season 2 release date