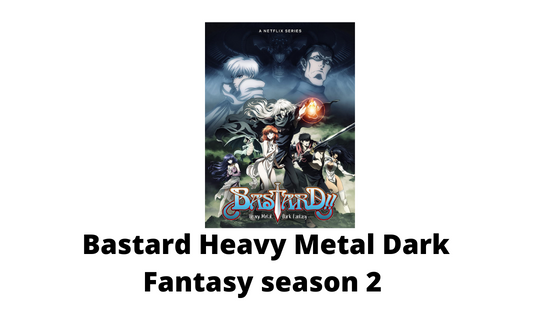 Bastard!! is based on the culture of heavy metal music and the world of Dungeons & Dragons. The story revolves around the kingdom of Metallicana. Metallicana is under attack from the Four Lords of Havoc: Ninja master Gara, Deadly thunder empress Nei Arshes, Cold and calculating Kall-Su, and Enigmatic dark priest Abigail to save the kingdom from the attack High Priest Geo unleashes the mighty wizard Dark Schneider, a man who used to be an ally of the villains to help the kingdom but Dark Schneider has his own plans in mind. Watch the anime on Netflix to know more about the story.

Dark Schneider is the most powerful wizard in its universe. 15 years prior to the current timeline, he had an army of wizards and warriors led by the “Divine Kings”. Schneider was defeated by Lars Ul Metallicana but used his magic to reincarnate himself into a young boy named Lucien Renlen.

Lucien Renlen is a young boy and the host of Dark Schneider: The most powerful wizard in the universe. Lucien is very scatterbrained but good-hearted and hard-working.

Bastard!! is written and illustrated by Kazushi Hagiwara. The manga began serialization in Shueisha’s shōnen manga magazine Weekly Shōnen Jump on March 14, 1988, and ran on a regular basis in the magazine until August 21, 1989. Later it was published again in Weekly Shōnen Jump, on an irregular “monthly” basis, from 1997 to 2000. Its latest chapter was published on May 19, 2010. Currently, the manga has Twenty-seven volumes. Bastard!! Heavy Metal, Dark Fantasy is one of Shueisha’s best-selling manga series of all time, with over 30 million copies in circulation.

Season 1 of Bastard!! The anime was released on 30 June 2022 and had 13 episodes in it. The bastard season 2 release date is confirmed which is 15 September 2022. You can watch part 2 of the anime on Netflix.

Where to watch or download Bastard heavy metal season 2?

Bastard anime has been released on 15th September 2022 and is getting a good response from the audience if you are excited to watch the anime then you can watch it on Netflix.

To your Eternity season 2 release date