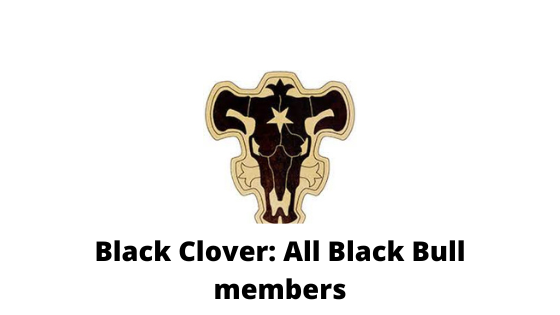 Black clover is one of the interesting anime and fans are loving this anime and are considering it equal to Naruto. There are nine squads of the Clover Kingdom’s Magic Knights and Blak Bulls is one of the nine squads. The squad is known for its destructive behavior and has been regarded as the worst squad in the organization but for fans, it is one of the most loved squads in the whole series. Here in this article, we are going to give you every detail about this squad of the Clover Kingdom and its members. 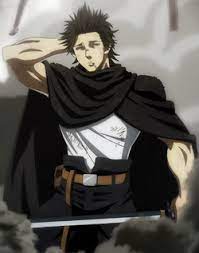 Yami is the captain of the Black Bulls. He is a foreigner from the Hino Country and is a very tall man with a very muscular build. Yami’s attire is very simple and consists only of a white A-shirt and black trousers. He is uncouth, reckless, and prone to delivering death threats at the slightest provocation. Yami uses Dark magic a rare magic attribute that can generate and manipulate the element of darkness. He uses this magic by channeling it into his katana. Dark Magic has the ability to draw in other forms of magic like Light Magic. 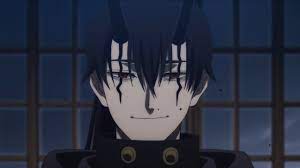 Nacht is a former nobleman of House Faust and a devil host. He spends several years working as a spy within the Spade Kingdom. Natch is a very logical person and is not shy about expressing whether or not he likes someone. Faust family has a history of studying devils and this interested Natch after training he successfully binds four devils—Gimodelo, Slotos, Plumede, and Walgner. Nacht’s actual magic power is Shadow Magic, this power can be used to manipulate shadows. 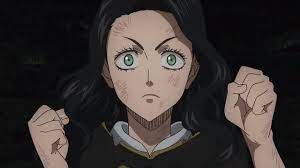 Charmy is a dwarf-human hybrid and is the 1st class member of the black bull squad. Charmy is a big eater who loves to be surrounded by food and her mind tends to revolve around food she is very sensitive regarding her food and turns into a cold and merciless person when someone is threatening to steal her meals. Charmy uses two magic powers:

Cotton Magic: With this magic, she can generate and manipulate cotton. She can create floating platforms large enough to carry most of her squad.

Creation Magic: With this magic, she can shape various entities and objects from cotton. 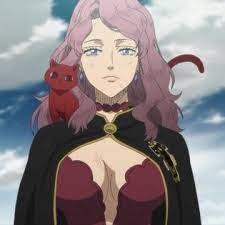 Vanessa is a witch from the Witches’ Forest and a 3rd Class Junior Magic Knight of the Black Bull squad. Vanessa is a person who loves to do things at her own pace and is fond of alcoholic drinks and of handsome men. Her magic power is called Thread Magic she uses this magic attribute to generate and manipulate thread. 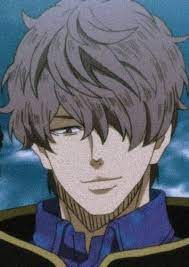 Gauche is a nobleman of House Adlai and the 1st Class Junior of the Black Bull squad. Gauche is an unfriendly, ill-mannered, and selfish individual who is madly in love with his sister Marie and is devoted to her. Gauche uses mirror magic to cast mirror-based spells using a mirror, like reflecting light, creating ray blasts, or creating mirror copies of something. 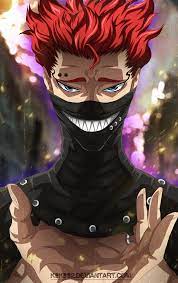 Zora is the 1st class junior and his appearance is modeled after a doll his father gives him. Zora is highly disrespectful towards everyone that he stumbles upon including Nobles, the Magic Emperor, and even his teammates. He uses two kinds of magic powers.

Trap Magic: Zora uses this form of magic to set a variety of magical traps. 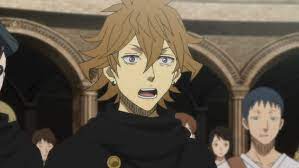 Finral is a nobleman of House Vaude and is a member of the squad. He is a slender young man of average height and builds who easily gets distracted by women. Finral often reacts to situations in an exaggerated and comedic way. His magic powers are.

Spatial Magic: This is a rare magic attribute to manipulate space. However, he has to see or to have seen where he wants to open a portal to.

Reinforcement Magic: Finral uses this form of magic to increase his physical abilities. 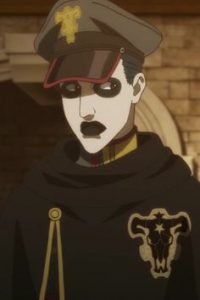 Gordon is a 1st Class Junior Magic Knight of the bull. Gordon is not a good communicator and is constantly mumbling to himself. He is a deeply empathetic and kindhearted individual who loves to make friends and understand his squad mates very well. The kind of magic he uses is

Poison Magic: With this magic, he generates and manipulates poison.

Curse Magic: This magic includes additional effects to his spells. 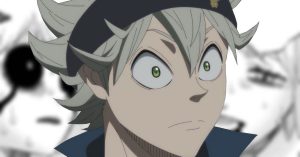 Asta the protagonist of the anime is an orphan raised under the care of a church in Hage. After turning 15, Asta receives a five-leaf clover grimoire with an Anti Magic devil inside, and with help of this, he joined the black bull. Asta generally is a cheerful and hyperactive person who tends to shout to express his thoughts and goals. Asta has no magic power but with the help of his grimoire, he uses Anti Magic the unique energy that can nullify magic. 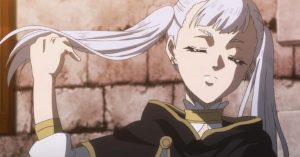 Noelle is a noblewoman and the second daughter of the Clover Kingdom’s House Silva, one of its royal families. Noelle is arrogant and vain, has difficulty admitting her failures, and she often tries to find excuses or blame her mistakes on somebody else. Noelle uses the water magic attribute to generate and manipulate water. 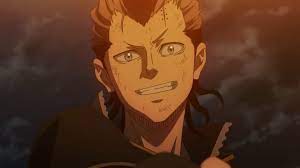 Magna is a 5th Class Junior Magic Knight of the Black Bull squad. Magna is a short temper, as he would burst out on anything that he finds irritating, Magna has a typical tough guy attitude. He uses fire magic to generate and manipulate fire. He primarily forms fireballs that he throws at his opponents. 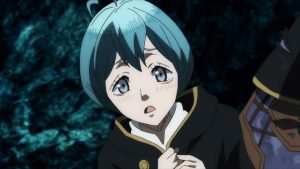 Grey is 3rd class junior of the black bull squad. Grey is an extremely shy person in her true form and becomes easily embarrassed and is a friendly person who enjoys working together with her squad mates. The magic powers that grey can use are.

Transmutation Magic: With this magic, she disassembles substances and reassembles them into other substances.

Transformation Magic: Grey uses this form of magic to take the appearance of other human beings or objects. 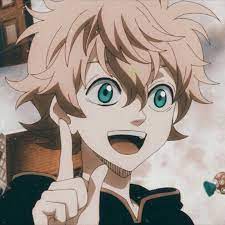 Luck is a 5th Class Junior and is the human vessel for the elf Lufulu. Luck is a person who can’t show any expressions but joy, He also has a deep fondness for fighting and defeating his opponents. Luck uses lightning magic to manipulate lightning. He concentrates the lightning on his hand before releasing it towards his opponent. 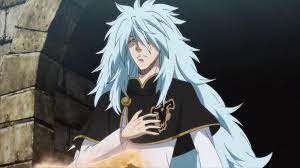 Henry Legolant is a nobleman and a 5th Class Junior knight of the black bull squad. Henry is born with a strange illness, which requires him to siphon magic from others, forcing his family to live in a secluded house in the Common Realm. The magic power that Henry has is Magic Power Absorption a curse due to which he absorbs the magic power from others near him. 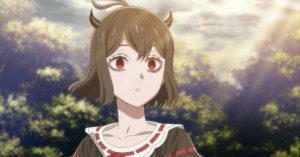 Secre is the former servant of Prince Lemiel Silvamillion Clover, the first Magic Emperor. After sealing Lemiel into a statue she transformed herself into an anti-bird named Nero and after regaining her human form, she accepted herself as a member of the Black Bull squad. Secre uses Sealing Magic to open and close objects and other spells. She is also capable of sealing people into objects.