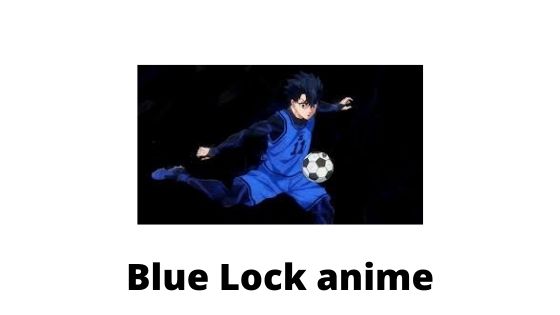 Every anime fan is always ready to watch something interesting in the anime world so for you all we have good news that  Blue Lock anime is coming out soon in 2022. Blue Lock is the anime that come under the sports genre one of the most loved genres in anime.

Blue Lock is based on soccer, the trailer of the blue lock anime has been released and after watching the anime we can say that the character styling looks phenomenal and the animation is the real deal. Fans have high hope for this anime as Blue Lock has won the 45th Kodansha Manga.

The story follows the life of 300 boys who along with one man starts their journey to play for the national team of Japan. The start of the story is with the Japanese soccer team losing in the quarter-finals of the 2018 world cup and then steps Ego Jinpach who is going to take the responsibility to take care of the national soccer team and prepare for the next world cup.

The union hired Jinpachi to train 300 strikers in the Blue Lock facility until he can create the best striker ever. This is one of the interesting points of the Blue Lock anime that Jinpchi has to select one of these 300 players who will play for the national team and the rest 299 will never get a chance again to be a part of Japan’s national football team.

Let us not go further in the story as it may turn into a spoiler, apart from Jinpachi there are many important characters like Yoichi Isagi, Hyoma Chigiri, Meguru Bachira, and Rensuke Kunigami. Each player comes with his own style of play which makes the anime more watch-worthy.

The trailer looked great and is for sure giving high hopes regarding the anime, We hope that the anime gets the similar kind of fanbase the manga has.

The Blue Lock release date is final now it is going to release on the 22nd of October 2022, this has been confirmed by the officials on the official website.

He is the young forward at Blue Lock who is a second-year student and member of team z. His main goal is to become the world’s best striker but he was initially ranked as the second-worst striker.

Bachira is a player who relies on his instincts. Bachira’s dribbling technique allows him to break through most defenses. He is currently ranked #7 out of the original 300 forwards.

Hyoma is a speedy striker who slowed down his game after an injury in his past. During the third game at Blue Lock, he decided to let go of his fear and played football to the fullest.

Now let us go through the cast of Blue Lock and what are their role in the series!!

Writer of the anime

Voice artists give a big impact on the animes they make them more interesting and give emotions to the anime now let us go through the voice artists of the anime Blue Lock.

Eight Bit animation studio, the one which animated The Slime Diaries: That Time I Got Reincarnated as a Slime, is going to work on the animation of Blue Lock.

In August 2021, it was reported that Blue Lock manga had over 4.5 million copies in circulation and the series won the 45th Kodansha Manga Award in the shōnen category 2021.

This shows the love that manga is getting and how good the anime will be.

How many volumes does Blue Lock manga have?

Blue Lock manga has in total of 14 volumes till now and it is still an ongoing popular manga that will soon release its anime season 01.

When does the Blue Lock anime release?

There is no specified release date for the anime but it is going to come in October 2022 and is going to have a total of 24 episodes, one can watch it on Crunchyroll and Netflix.

What is Blue Lock anime about?

The anime is about 1 coach and 300 strikers. After losing the quarter-finals of the 2018 world cup, the union hired Jinpachi to coach 300 striker boys from Japan so that one of them can play for the Japanese team, but the interesting fact is that only 1 is to be selected from the 300 and rest will never play football ever.

Where to watch Blue Lock?

As the anime is coming out soon, so all who are excited to watch season 01 of Blue Lock then we have good news for you, Netflix is going to be the official OTT partner of the anime and you can watch it on Netflix just after the release.

Here we have listed all the details we know about Blue Lock season 01 and will update the information according to the official news that we get from the Blue Lock team. If you have anything to say then feel free to comment.