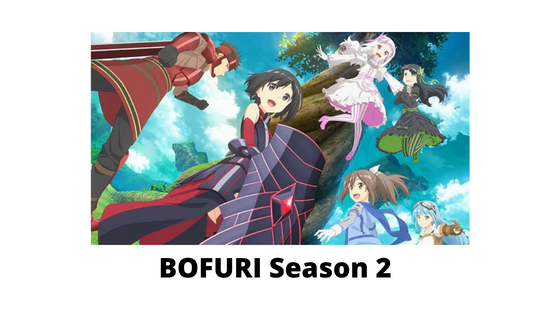 We are near the end of 2022 but this is just the start of great animes releases and sequels of animes. This year saw some amazing animes and we got many announcements about new releases one such anime is BOFURI, BOFURI season 2 is all set to release, and here in this article, we are going to reveal the exact release date of BOFURI season 2. So read to the very end to know all about the BOFURI season 2 release date and much more about the anime.

Bofuri: I Don’t Want to Get Hurt, so I’ll Max Out My Defense is a Japanese light novel series written by Yuumikan and illustrated by Koin. The story is about Kaede Honjō who after being urged by her friends began playing the VRMMORPG NewWorld Online under the name Maple. Maple never wanted to get much hurt she opts to be a shield user with maxed-out defense stats, and continues putting every status point she earns in the game into increasing only her defense level.

This only one development left her slow foot speed and no magic, but her high defense allows her to endure most hits without taking any damage. Her defense and basic creative thinking allow her to make unexpected accomplishments in the game, its quests, and events, She ends up earning all kinds of equally unexpected skills and becomes one of the strongest players in the game.

BOFURI: I Don’t Want to Get Hurt, so I’ll Max Out My Defense Season 2 anime has received a new trailer and here in this article we added the trailer of BOFURI season 2 so that you can enjoy it.

Director Shin Onuma and Studio SILVER LINK are returning to produce the sequel to Maple’s adventure. The exact release date of BOFURI season 2 is not known but we got to know that it is getting released in the month of January 2023.