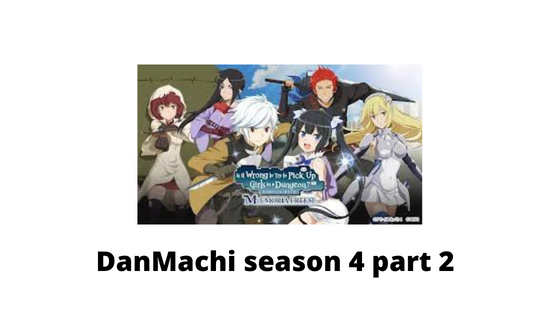 Is It Wrong To Try to Pick Up Girls in a Dungeon? or DanMachi is a Japanese light novel series written by Fujino Ōmori and illustrated by Suzuhito Yasuda. The story is set in the city of Orario the city that is home to a number of gods who, seeking excitement, chose to limit their divine powers in order to experience the hardships of those who reside in the mortal world.

Each god maintains a group of adventurers and support personnel drawn from the people of the city and they are known as  Familia. The primary activity of these Familia is to explore the labyrinth under the city known as the Dungeon in order to battle monsters and harvest the crystal shards they leave behind when destroyed.

The main protagonist of the series is Bell Cranel, a 14-year-old rookie adventurer and sole member of the Hestia Familia. He is inspired by Ais Wallenstein, a famous and powerful swordswoman of the Loki Familia, and wants to become as strong as her. During certain circumstances Ais saved Bell and he got in touch with her, Bill wants to be in a romantic relationship with Ais several other girls, deities, and mortals alike have feelings for him.

Season 4 part 1 has in total of 11 episodes that concluded in the month of September 2022. Part 2 of season 4 is all set to release on January 5th, 2023 part 2 will start from episode 12 and will have in total of 10 episodes and conclude season 4 with a total of 22 episodes. With this announcement, we are sure that the start of 2023 is going to be very exciting.