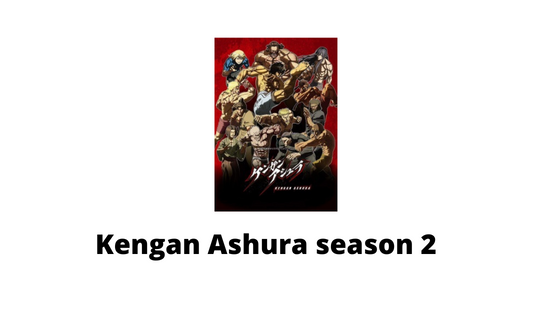 The story revolves around Ohma Tokita who is mentored by Kazuo Yamashita to win an annual martial arts tournament hosted by some of Japan’s business elites. In the tournament, Ohma tests his strength while struggling with his mysterious past coming back to haunt him and on the other hand Kazuo struggles with managing Ohma and figuring out the true intentions as to why he was invited to this tournament. Kengan Ashura Season 1 ended when Ohma defeats Raian, an assassin from the Kure clan. And we can expect Kengan Ashura Season 2 to continue the tournament as Ohma advances to its third round.

As season 2 is in the production phase so there is no official trailer for it but you can watch the trailer for season 1 that we have added here.

Where to watch Kengan Ashura?

As the third part will is in production so if you want to recap the story or want to watch it from the start you can officially watch it on Netflix.