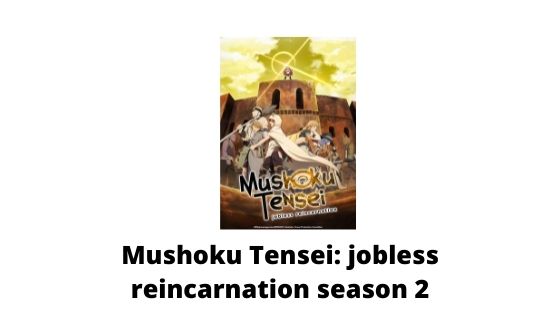 With an amazing first season of the anime, every Mushoku Tensei fan is eagerly waiting to know when is the Mushoku Tensei jobless reincarnation season 2 coming out as the upcoming season is going to bring major changes in Rudeus “Rudy” Greyrat’s life, and that’s the reason why every fan is waiting for Mushoku Tensei: jobless reincarnation season 2 and here in this article we are going to cover all the questions regarding the season 2 of the anime so stay tuned with us till the end.

Mushoku Tensei is a Japanese light novel series by Rifujin na Magonote and illustrated by Shirotaka. It is adapted from a manga adaptation by Yuka Fujikawa. The story revolves around a 34-year-old Japanese who was evicted from his home after failing to attend his parents’ funeral and considers his life ultimately pointless. Everything changed for him when he gets hit by a truck and dies and then he finds himself reborn into an infant’s body in a strange new world of swords and magic.

Season 1 of mushoku Tensei jobless reincarnation ended after Rudeus and Eris part with each other and season 2 will cover the arc around Rudeus’s adolescence and his time at the Ranoa Magical Academy (This is not any kind of spoiler of season 2).

He is the main protagonist of Mushoku Tensei jobless reincarnation who was an overweight 34-year-old Japanese NEET who got reincarnated into another world after being hit by a truck whilst saving some kids. In his new life, he is a very self-aware and humble, kind person who helps his friends and protects his family whenever needed.

Eris is a noble girl who belongs to the Boreas family one of the great noble families in the Asura Kingdom and is the second cousin of Rudeus who during her journey to return home following the Teleport Incident, grows to love Rudeus. Eris is a short-tempered person and is named the ‘Mad Dog’ or Mad Sword King due to her personality.

He is the current Dragon God, a title given to the strongest member of the Dragon Tribe. Orsted has silver hair and golden sanpaku eyes with an overpowering look. Orsted has poor social skills because of a curse of being hated and feared by all living things that see his face, still, he is patient and kind towards his comrades.

Here we have added the trailer for Mushoku Tensei jobless reincarnation season 2 so that you can get a recap of the anime.

What chapter did Jobless reincarnation end?

The last episode of  Mushoku Tensei Jobless reincarnation season 1 is the end of the journey which is the 49th chapter in the Mushoku Tensei Manga series.