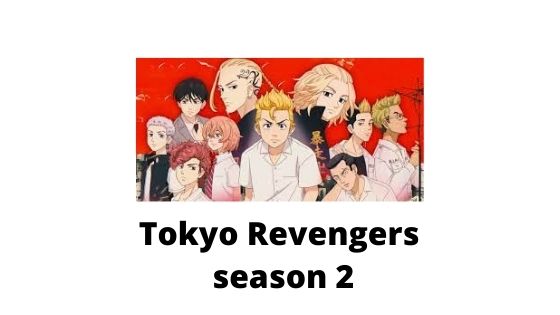 In this article, we covered all the information about the Tokyo revenger series, the Tokyo Revengers season 2 release date, and much more regarding the future of the anime. Now let us go through the main storyline of  Tokyo Revengers anime and then the answers to the questions.

Tokyo Revengers is an amazing anime that covers action-time-travel elements. The story revolves around a 26-year-old Takemichi Hanagaki, One day he found out that his only girlfriend, Hinata Tachibana, and her younger brother Naoto, have been killed by the Tokyo Manji Gang.

After this incident one day when Takemichi was standing at Shinjuku train station, he was pushed off the station platform by an unknown person, and the next when he woke up he finds himself twelve years in the past, where he begins his journey in rescuing Hinata by altering the present.

Takemichi Hanagaki is the protagonist of the anime. He time-traveled 12 years back to do some changes in the past which will result in a different outcome in the present. Before time-traveling Takemichi had low self-esteem, always apologizing for even the smallest things. After the travel his personality changed completely, he turns from a coward into a man with unshakeable conviction.

She is the girlfriend of Takemichi Hanagaki and is the major reason why Takemichi wants to change the past. Hinata is a highly optimistic person who always finds ways to make undesirable situations better, She is a very strong and determined girl who can take any measures in order to protect those she cares about.

Manjiro Sano well known as Mikey is the leader of the Kanto Manji Gang. Mikey is a carefree teenager who loves to play pranks around his close friends and is always there for his friends. Mikey has immense respect in the group. Apart from the leadership qualities he has a child at heart and loves to sleep whenever he feels like it.

The trailer of the anime is from December 2021, will update the Tokyo Revengers season 2 trailer as soon as it launches.

The official date of season 2 is official not confirmed yet but it is most likely to release next year that is 2023. Season 2 of Tokyo Revengers will cover the Christmas Showdown arc from the manga series. This arc features the battle between the Tokyo Manji gang and the 10th Generation of Black Dragons.

As of January 20, 2022, Tokyo Revengers Manga Tops 50 Million Copies in Circulation and matched the sales of iconic manga such as Inuyasha and My Hero Academia. The series achievement was announced on the official Japanese Twitter account.

Who is directing Tokyo Revengers season 2?

How Many Volumes Of Tokyo Revengers Are There?

There have been 26 volumes published for the Tokyo Revengers manga series.

Which Volumes Will Season 2 Cover?

What will the Tokyo Revengers season 02 cover?

Season 2 will be the continuation of Tokyo Revengers season 1 and will revolve around Takemichi and the involvement of gang members in making the decisions, we can say that it will cover the “Christmas Conflict Arc” of the manga.

This is all we know about season 02 of Tokyo Revengers, We will add more details about the anime as it is officially updated, So stay connected with us and if you have any suggestions then do comment.