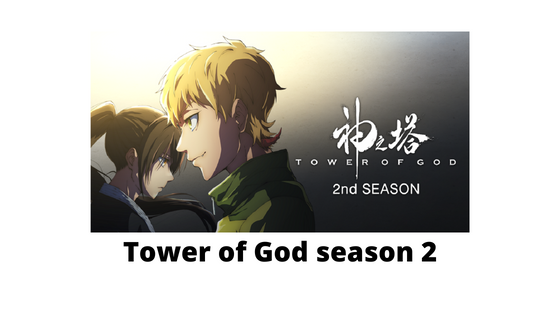 Tower of God Season 1 received mixed reviews from the audience and got a decent IMDb rating of 7.7/10. Now it is anticipated that Tower of God season 2 is around the corner. Here in this article, we are going to cover all the information about Tower of God anime season 2. In my opinion Tower of God is the anime that you must watch if you like action, adventure, and light comedy.

Tower of God is a South Korean manhwa published as a webtoon by S.I.U. Starting in July 2014. Japan’s Telecom Animation Film adapted the web manhwa into an anime television series, which aired on Naver Series On in South Korea and was immediately broadcast in Japan.

The story revolves around a boy named Twenty-Fifth Bam who has spent most of his life trapped beneath a vast and mysterious Tower, with only his close friend, Rachel, to keep him company. When Rachel enters the Tower, Bam became devastated so he started to open the door and then manages to open the door to the Tower. Now, he will go any distance to see Rachel again even if it means dying. When he enters the Tower, he meets allies that will help him up the tower.

Tower of God season 1 had a total of 13 and was released on April 2020, and now according to the official Twitter The Tower Of God Season 2 aka Kami no Tou Season 2 release date on Crunchyroll is “coming soon”. The announcement of the anime production was made during Crunchyroll Expo 2022 on August 6, 2022, but the exact date is not given so we can expect that the anime will release at the end of 2022 or the early start of 2023.

How old is Bam in tower of god?

Why is Bam called the 25th BAM?

Rachel is the one who told him Bam his name is 25th Bam. She also tells him that this name reflects his birthday, as he was born on the night of December 25th.

Where to watch tower of god?

If you have never watched or want to rewatch season 1 of the anime then you can watch it on Netflix.

Is the tower of god finished?

No, the anime is not finished yet, in 2022 we got the announcement of Tower of God season 2.

All about Misa from Death note